Work, life and beyond in Limerick

Limerick has ceased to be a “best-kept secret” and instead has transformed itself into a destination city for those seeking a change in pace, without losing career momentum.

Work life balance is increasingly becoming the top concern for people when making career choices. Where you settle down can have a huge impact on that balance. Limerick should be on your radar if you are considering a move to better your own balance.

It’s rare that a week passes without the announcement of a new, landmark development in the city and it’s consistent growth since the end of the recession is nothing short of inspiring. This success combined with great amenities, shorter commutes and much more makes Limerick a destination you need to consider.

Last month, it was the University of Limerick’s planned transformation of the vacant Dunnes Stores shopping center into a modern city center campus. Just last week, it was Mark & Spencers being named as anchor tenants of another big retail redevelopment. 64 new companies open up in the county each month, with €2.2billion in investment from businesses into Limerick since 2012.

Stronger transport links with both Dublin and Galway have been forged, giving residents access to some of the most stunning parts of the country alongside a quick, smooth journey to the capital. Housing and rent are both markedly cheaper than nearly every other major town in Ireland and general cost of living is also lower than national averages.

It’s not just raw numbers. We sat down with a Director of Professional Services, who made the move to Limerick from Dublin to get an on the ground perspective.

You moved from Dublin to Limerick, what prompted the move?

I’m originally from Limerick and moved to Dublin in 2007, where my husband and I had a great life in the city. However once we started having a family, notwithstanding the cost of a family in Dublin, we wanted them to grow up in Limerick.

What’s the cost of living like in comparison & how has it had an affect on both you & your family’s quality of life?

The cost of living is much more reasonable in Limerick! We managed to purchase a house close to the city center.  I remember with our first child in Dublin we were paying €1,100 a month in crèche fees and our rent was €2,000 a month before any bills, food and living expenses.

In comparison, the cost of living in Limerick affords you the resources to do the fun stuff in life, like eating out, activities, holidays!

What’s the choice of schools and activities for kids like?

I live quite close to the city in Limerick and we are lucky to have access to a number of schools and activities (tennis, GAA, rugby, rowing clubs, playgrounds etc) that are within walking distance.

Would you recommend relocating back to the Mid – West to anyone in a similar situation or mindset?

Yes, Limerick has experienced significant transformation in recent years and the revitalization is continuing with a number of projects in the pipeline. The city has become extremely attractive to professionals looking to settle down, raise families and build careers. 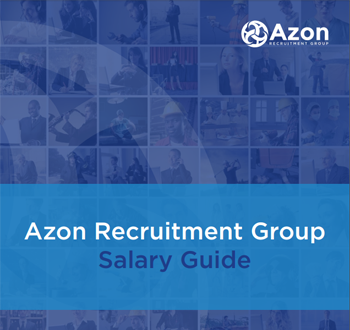 What it takes to make partner at an accounting practice

Becoming a partner in the firm is often the goal when accountants go into practice, but it’s not a walk in the park. Jackie Banner outlines four key steps on…

The success and growth of the Irish construction industry in 2019 empowered construction professionals, particularly those savvy enough to pick and choose from a plethora of employment opportunities. On the…