A Positive take on the Construction Sector heading into 2021

As sites recommenced in early January, the outlook for the year could not have been any different.

The industry was in a very healthy position, benefiting from year on year growth across predominantly residential and commercial projects. After a sustained period of substantial employment growth, new entrant numbers were beginning to level off. The requirement to attract skilled foreign labour to Ireland became ever more prevalent as the industry edged closer to capacity. At the time, staffing sites seemed to be the biggest problem facing the sector.

How this all changed, come March as the world seemed to be falling apart before us with no end in sight. Projects put on hold, thousands laid off, and foreign direct investment withdrawing from the economy, it was a frightening time for all of us.

But as the dust came to settle around July with COVID cases on the decline and restrictions eased, we saw substantial improvements across the industry as contractors gained some renewed confidence.

So, as we look ahead to 2021, will Construction experience a substantial slowdown in activity, or is it just headed in a new direction with certain area’s set to be much busier than others?

National Roads & Infrastructure
2019 saw a decline in civil and infrastructure output. Cost overruns of the National Children’s Hospital consumed the public purse. New tenders were on the decline, and some civil engineering contractors were becoming increasingly quiet domestically.

Thankfully, the tide looks to have turned as the government has come to the table this year with a sizable stimulus package in Budget 2021. It represents a significant increase in investment across the board. This is not only a boost for civil engineering contractors, but also the citizens of Ireland as we look set to see some adequate attention being turned to our roads and infrastructure.

We’ve already noted improvements under the National Roads Programme with works soon to begin on the much needed Dunkettle Interchange Upgrade in Cork. This represents a €215 million investment by the state set to deliver a free-flowing interchange on one of the busiest junctions in the country. Furthermore, progress will be made on the N5 Ballaghaderreen to Scramogue in Co. Roscommon, the N69 Listowel Bypass in Kerry, and the N59 Bypass in Co Galway.

Housing, Schools, and Healthcare
Another big focus of this budget is to tackle Ireland’s shortcomings around social housing, schools, and healthcare. Design and Build public tenders are to increase massively for the coming year. Contractors targeting social housing are set to be busy well beyond 2021. The Department for Housing has been allocated €5.2 billion to tackle the chronic shortage throughout the country.
An ambitious target of just under 9000 homes is to be built. A further €700 million worth of contracts are currently out for tender from the Department of Education.

It is envisaged that up to 30 new Design and Build school projects will be on-site in the year 2021. In healthcare, just under €500m in funding for an additional 2,600 beds across the public healthcare system. Whether the targets are achieved or not, the boost here for activity and employment is immense.

With more and more people working from home, we all knew that the commercial property sector was in trouble. But when the news broke in September that Google pulled out of its plans to lease 202,000 sq ft of the newly constructed Sorting Office on Dublin’s docklands it really hit home.

Demand for hotels, office space and specific areas of retail has fundamentally changed since the arrival of COVID-19. However, thanks to certain areas of the private sector such as Data Centres, Pharmaceuticals, and Residential Developments, private sector construction should continue to perform well.

Data Centres
According to Host in Ireland, Ireland holds 25% of Data Centre market in Europe. We continue to hear news of massive investment in data centres such as the new tech giant Tik Tok planning to build a €420 million facility over the coming years. Contractors are busy on sites in Clonee, Drogheda, and Grangecastle for some of the largest multinational tech giants in the world.
The construction of these data centres is big business for the Irish construction market. It is estimated that €4.5 billion worth of foreign direct investment by 2025, this is a crucial industry that will assist in keeping the market moving.

Residential
According to Construction Information Services, in September of this year, almost 6000 residential units had been approved for planning across Ireland, representing a total build cost of €1.3 billion. Residential investment in Q3 of this year saw an increase of nearly 50% when compared to 2019, representing over 15,000 housing units. A truly remarkable sign of intent and market confidence from developers in Ireland.

As part of budget 2021, the help to buy and stamp duty refund schemes have been extended which have in no doubt contributed to the optimism in the market for new home delivery into next year.

2020 has been a year of severe economic damage and general uncertainty for the future. But some sectors such as construction, look set to emerge much better off than others.
Perhaps it’s a combination of Ireland’s fundamental societal issues around housing, nursing homes, and hospital capacity that will drive the industry forward over the coming years.
Just as importantly, the strong presence of the large MNCs, who continue to expand their operations and invest in new facilities across the technology and pharmaceutical sectors, keeping Irish contractors busy and employment numbers up.

All in all, perhaps 2021 looks a lot more positive than once thought. 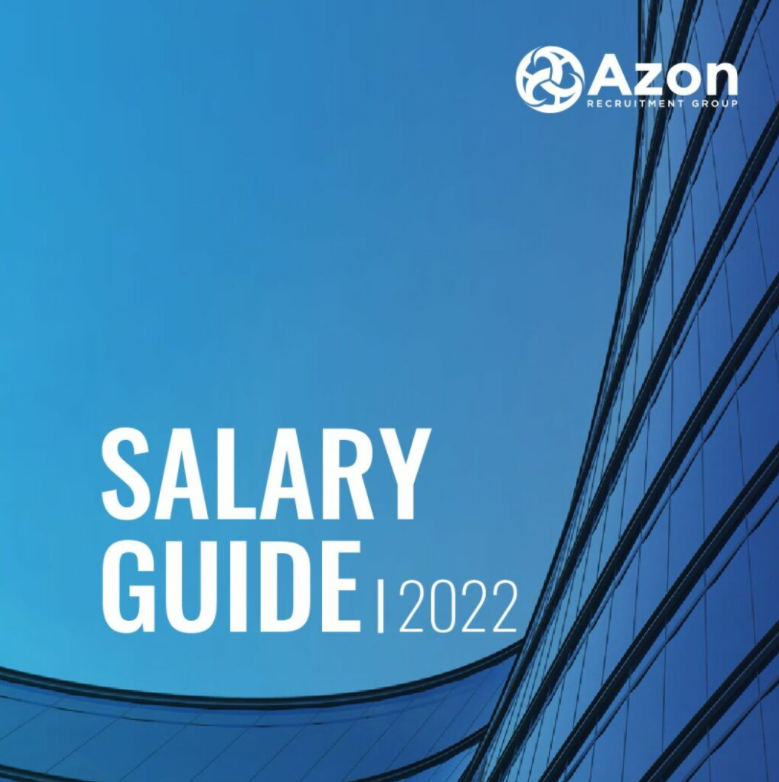 Expert salary and industry analysis and insight from recruitment specialists in Dublin, Limerick, London and Luxembourg. In a world of work that is rapidly changing,  The Azon Salary Guide 2022…

Professional & Personal: The challenges in a new world of work

As we near the end of 2021, it is hard to believe that we are almost two years into a global pandemic, united in the challenges that we have all…

You’ve undoubtedly read headlines or delved into articles on how every facet of working life is changing. The 5 to 10 year timeline for the evolution of the workplace has…

Penny Linton is a Principal Architect at TODD Architects Ltd Did you attend a college/university? If so, what did you study? The Manchester School of Architecture & studied a BA…

Read more
See all related articles
×
Manage Cookie Consent
To provide the best experiences, we use technologies like cookies to store and/or access device information. Consenting to these technologies will allow us to process data such as browsing behavior or unique IDs on this site. Not consenting or withdrawing consent, may adversely affect certain features and functions.
Manage options Manage services Manage vendors Read more about these purposes
View preferences
{title} {title} {title}